What is a Waterbuck?

Home » What is a Waterbuck?
Published on September 5, 2022 | Animals, Conservation, Nature 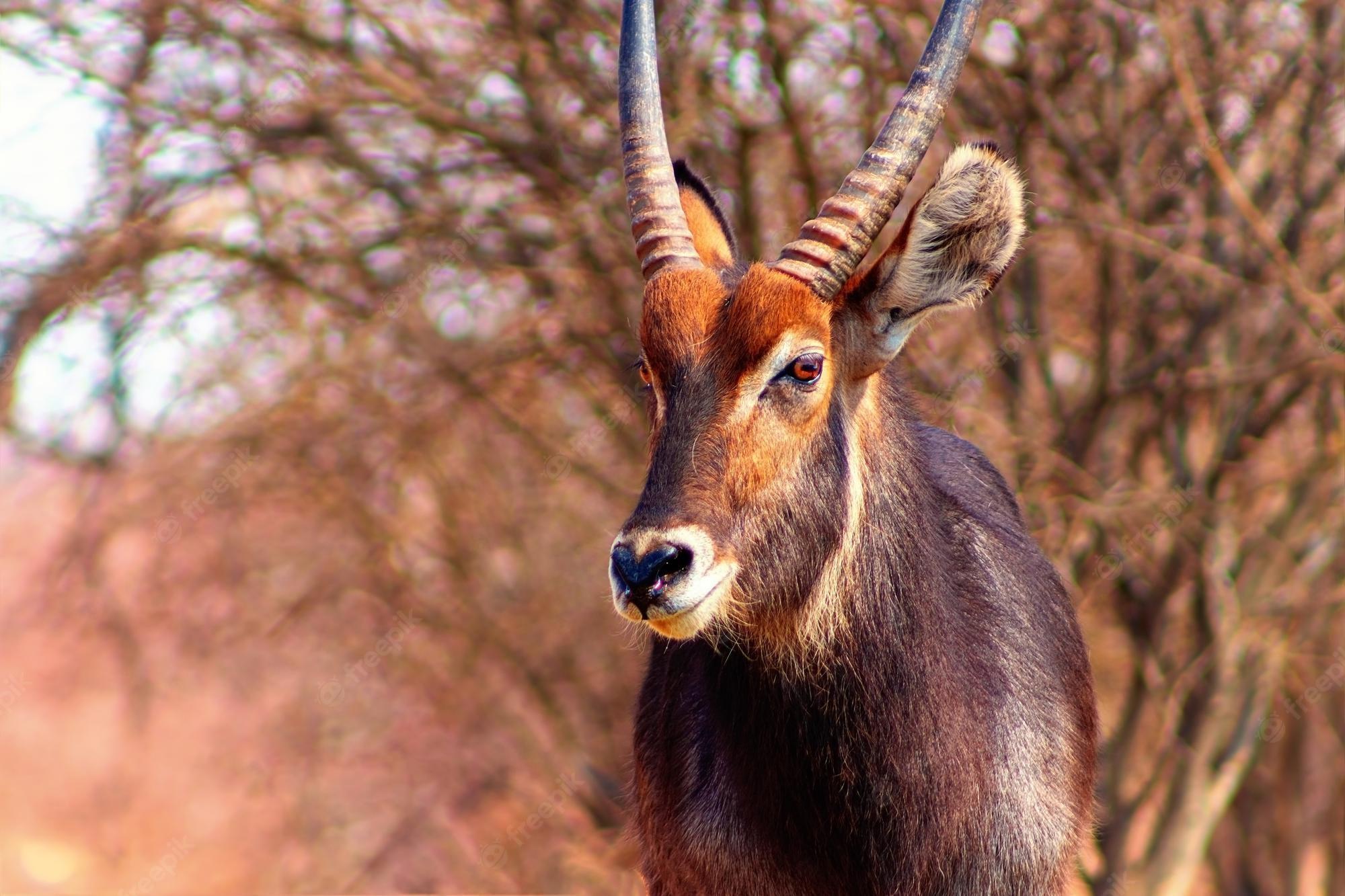 Waterbuck is an herbivore animal that lives in Africa.  It belongs to the large family of bovids, plant-eating hooved animals with horns and a four-chambered stomach for extracting nutrients from a diet of grass or foliage. These ruminants regurgitate and re-chew their food (chewing the cud).

Physical Characteristic of the Waterbuck 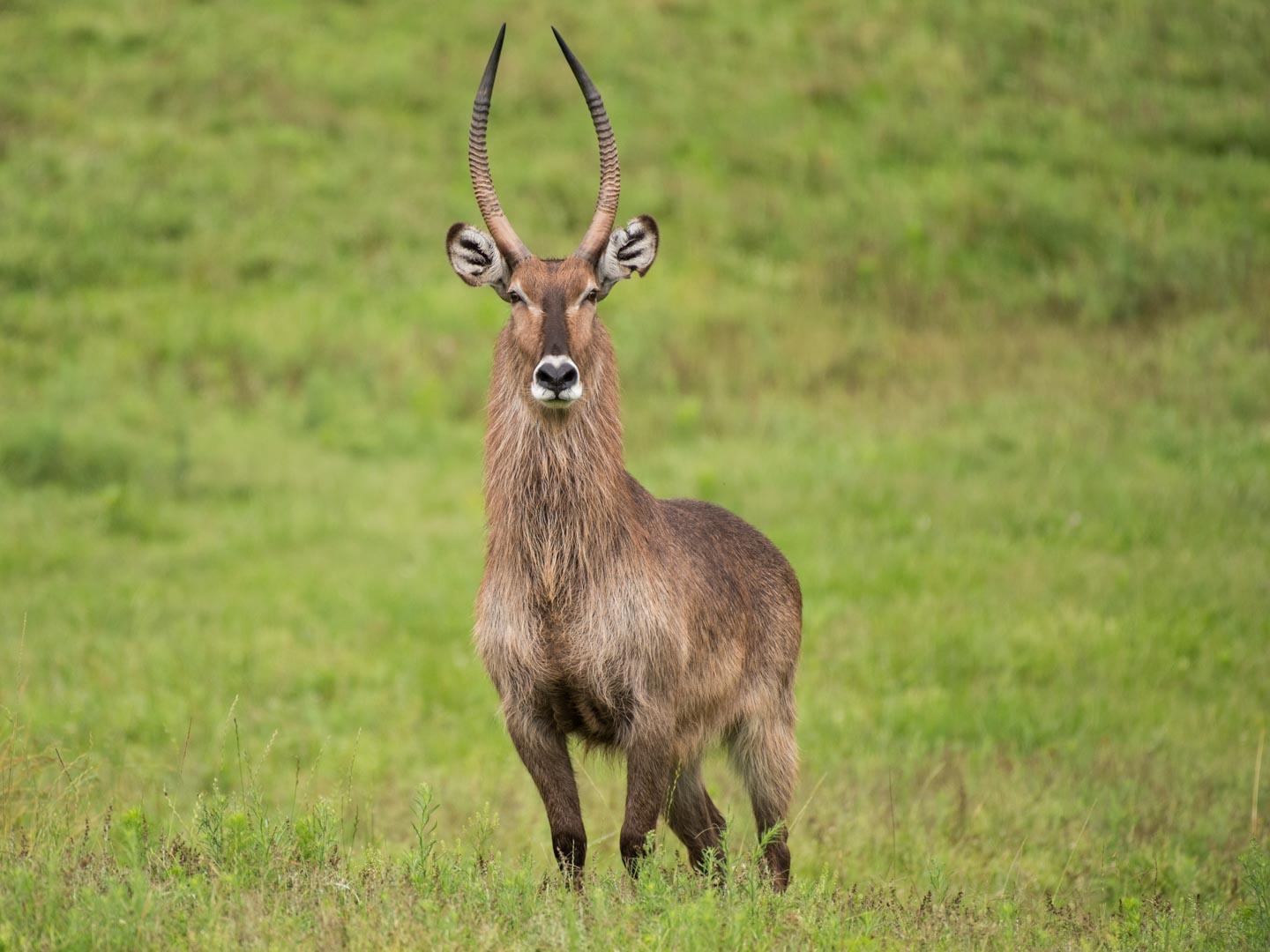 Waterbucks can size up to 120 – 136 cm. These antelopes are large, robust animals; males are generally about 25 percent larger than the females. They have large, rounded ears and white patches above the eyes, around the nose and mouth, and on the throat. Only the males have horns, which are form like a ring, and as long as 100 centimeters (40 inches). The horns are widely spaced and curve gracefully back and up. They are sometimes used with lethal results when males fight one another over territories.

They have a shaggy brown­-gray coat that emits a smelly, oily secretion thought to be for waterproofing. In East Africa, two types occur: the common waterbuck and the defassa waterbuck, distinguished only by the white pattern on the rump. The common waterbuck has a conspicuous white ring encircling a dark rump, while the defassa has wide white patches on either side of the rump.

They can live up to 18 years in the wild, or even longer in a conservation site like Bali Safari.

Habitat of the Waterbuck 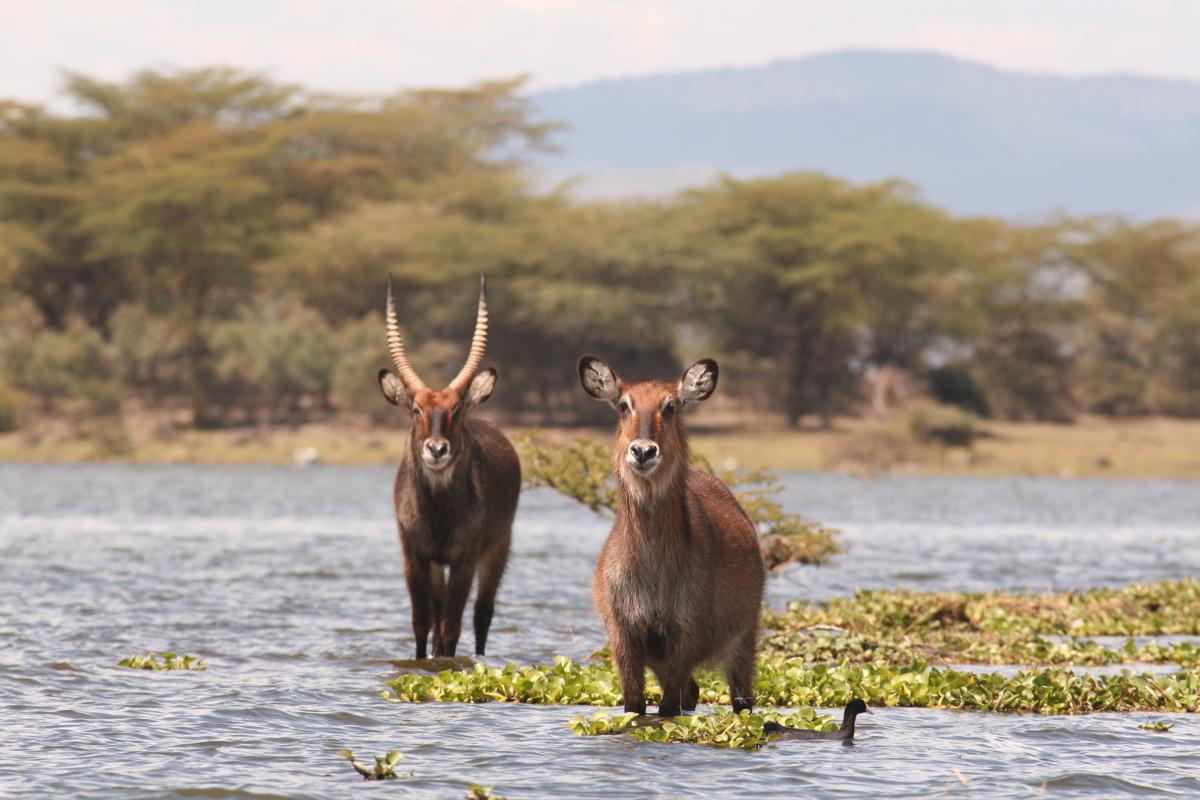 As its name would indicate, the waterbuck lives in areas that are close to water in savanna grasslands, gallery forests, and riverine woodlands south of the Sahara. Such habitats not only provide sustenance but long grasses and watery places in which to hide from predators. They are also important as prey for carnivores such as lions, leopards, wild dogs, and spotted hyena.

Waterbucks are losing their homes

Habitat loss and fragmentation are the biggest threats facing these antelopes. As people construct new roads, build settlements, and expand agriculture, they are infringing on wildlife habitats.

Find them here in Bali Safari hotel and enjoy a whole day discovering various of animals from across the countries.