Home » The animals you can meet from your balcony at Mara River Safari Lodge
Published on April 28, 2018 | Accommodation, Activities, Animal, Animals, Hotel

No other luxury accommodation in Bali can give you the privilege to watch wildlife unfold as the sun rises in the background. Guests also have the liberty to feed the animals in the vicinity of their rooms, unlike no other activities in Bali.
Read on to see which incredible animals you’ll personally meet during your stay at Mara River Safari Lodge. 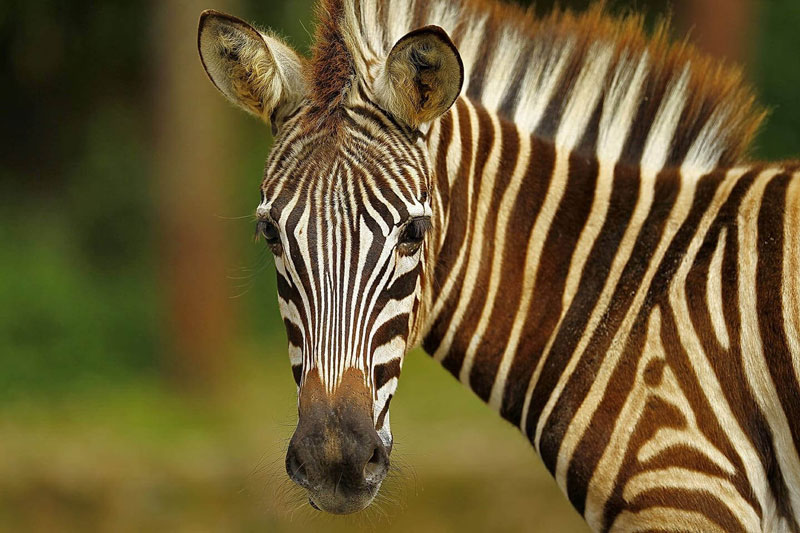 These African-natives are closely related to horses and donkeys, in fact they are in the same genus. Their most prominent feature is the bold patterns on their coats. They are thought to have white coats with black or brown stripes, however, zebras have black skin under their white coats! The zebra’s stripe patterns are not unlike human fingerprints – no two are alike. These stripes are believed to work like camouflage and may work as a natural sunscreen.

Most zebras are led by a stallion and live in family groups with several mares and offspring. Facial expressions, such as wide-open eyes or bared teeth, are an example of how zebras communicate. They can also bark, snort, or huff to each other. A typical zebra diet includes grass, leaves, and twigs.

The wildebeest is a subspecies of the antelopes. There are two species of the wildebeest – blue and black – with their horn curving and fur color differentiating the two. They are known to be fast, agile, and powerful. Their hooves are strong, enabling them to go over rugged terrain and preventing from slipping in the mud.

Wildebeests live in large herds to protect each other from various big cats and other predators in the wild. They are known to buddy up with zebras to secure more protection. A kick from a wildebeest could severely injure or kill a predator, hence, most predators refuse to go after a healthy one. Grass, shrubs, herbs, and plants are the diet of the Wildebeest.

Once known as the ‘camel bird’, the ostrich is the world’s largest and heaviest bird. They, like camels, can tolerate high temperatures without hydrating for long periods. These flightless birds aren’t built to fly but to run – they can sprint up to 70 kilometers per hour whilst maintaining a steady speed of 50 kilometers per hour.

You may be lucky enough to also spot some rhinos, elephants, and more!

Book the best seat in the safari at Mara River Safari Lodge.