Sun Bear, The Smallest Bear in the World

Sun bear ( Helarctos malayanus) is the smallest and one of the rarest bear species. It is also known as the “honey bear”, due to its love of honeycombs and honey. Legend has, it that sun bears are named after the patch on their chest because it represents the rising sun.

Sun bears live in primary forests, secondary forests and often also on agricultural lands. They are usually in a tree with a height of 2 – 7 meters from the ground. These animals like to break tree branches or bend them to make nests. 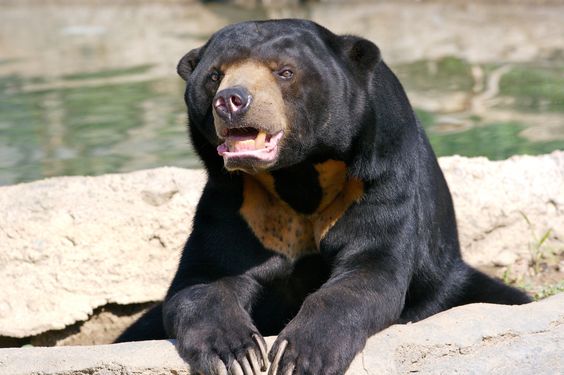 The sun bear’s habitat is in the tropical rain areas of Southeast Asia. Its distribution is on the islands of Borneo, Sumatra, Indochina, South China, Burma, and the Malay Peninsula. That’s why this species does not need a period of hibernation like other bears that live in the four seasons. In the past, sun bears were known to be widespread throughout the Asian continent, but are now becoming increasingly rare due to habitat loss and fragmentation.

They have a stocky, muscular body, small ears and a short muzzle. Their slender black coat is short to escape the heat in tropical weather but thick and leathery to provide protection from twigs, branches and rain. 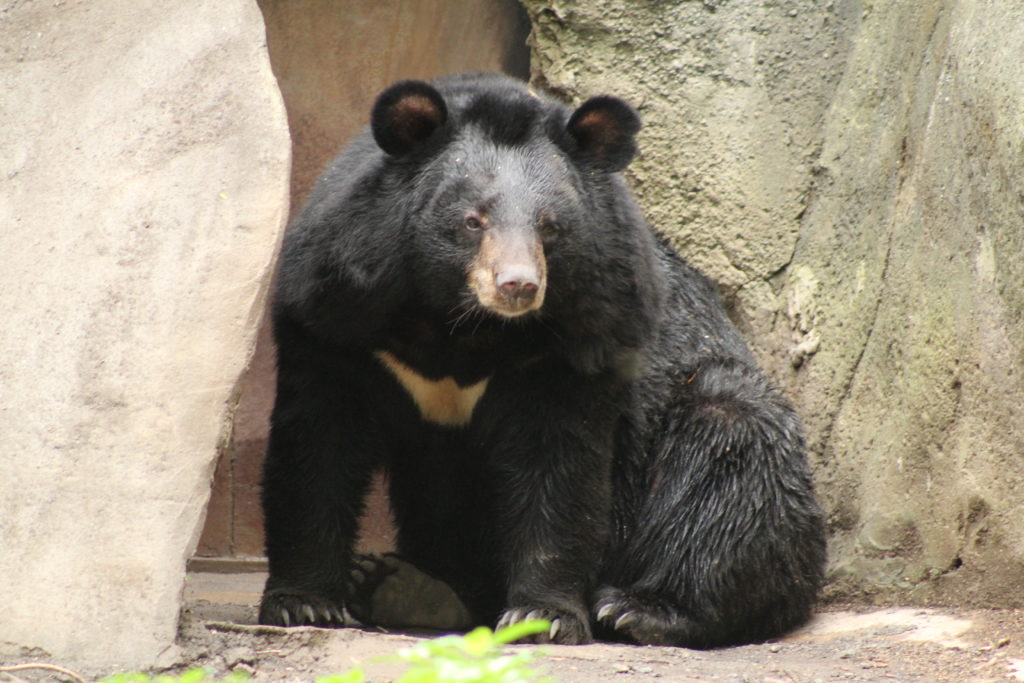 Sun bears only grow to about half the size of American black bears. The males, slightly larger than the females, are about 5 feet long and can weigh up to 150 pounds. Their arboreal lifestyle allows them to move easily through trees.

This animals are omnivorous and nocturnal. They lumber through the forest by night, snacking on fruits, berries, roots, insects, small birds, lizards and rodents. Sun bear have an excellent sense of smell and extremely long claws, exceeding four inches in length, which they use to rip open trees and termite nests. They also have an almost comically long tongue for extracting honey from bee nests. 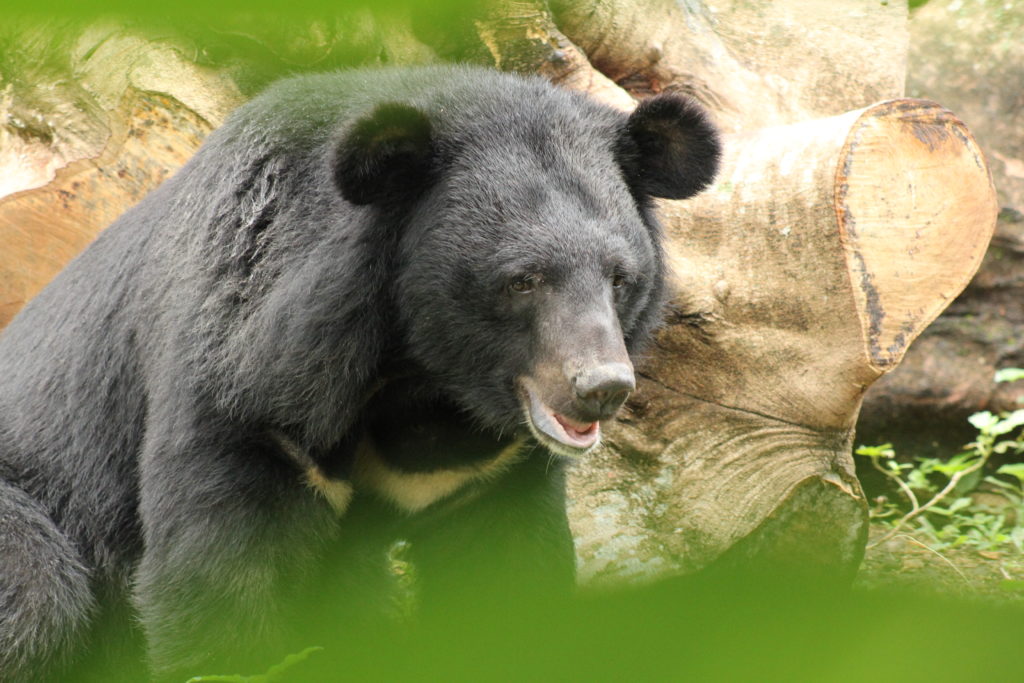 Little information about the social life of these bears, but there is some evidence to suggest they may be monogamous. The mother bear, called a sow, makes a den in the ground and gives birth to one or two blind, helpless cubs weighing about 11 ounces. Mothers have actually been observe carrying their cubs while walking on their hind legs, a rare trait among bears. Cubs are mobile after two months and weaned by four months, but they remain with their mother for two years or more.