Zebras belong to the horse family but unlike most horse species, they have never been domesticated. They can be considered as true wild horses, much like the Przewalski’s horses in central Asia.

The most distinguishable feature of zebras is none other than their black and white stripes. When they migrate across the savannah in masses, you will be dazzled by the display of a thousand stripes – in fact, a group of zebra is called a dazzle. 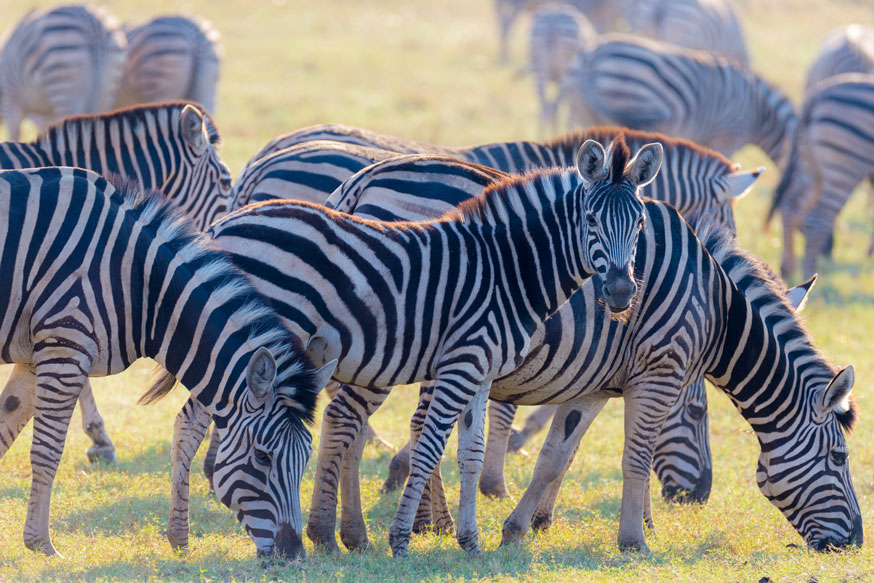 Want to learn more about these amazing animals? Scroll down further to these awesome facts about zebras.

We posted a corny joke before about zebras, involving bar codes and “zebras are not for sale,” on social media. But in fact, scientists have taken advantage of barcode-reading technology to recognize individual zebras! The striped pattern is unique to each zebra, like fingerprints for humans.

The barcode-reading software is so good at recognizing the patterns, that it can compensate for changes in the body shape. For instance, a female’s body might be slightly swollen when she is pregnant, but the software is still capable of recognizing her anyway.

The three zebra tribes of Africa

No, they don’t literally form tribes. But there are three species of zebras coming from three different biomes in Africa.

The largest species, the Grevy’s zebra, occupies the scrub and grassland regions that are hot and dry. Mountain zebras live on stony, hilly slopes and plateaus as high as 1000 meters from sea level in Namibia and southwestern Africa.

The more common and widespread plains zebra is what you usually see on the National Geographic Channel. They live in the savannah plains with few trees in southeastern Africa. 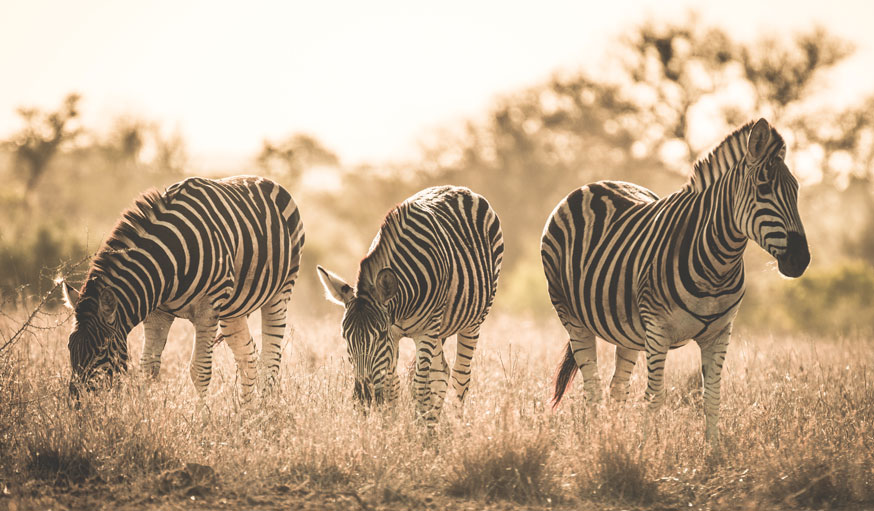 Zebras are not tame for a reason

Horses have been domesticated for as long as 4000 years alongside human civilization. This causes them to change physically and intellectually – they are greater in size and are less aggressive.

Zebras, on the other hand, have a very different nature compared to domestic horses. During mating season, they have been observed to trample each other, which can result in death.

They also bite each other in the neck and sides in a heated clash between males. When threatened, they make no hesitation to kick predators with full force when escaping a chase – the kick is powerful enough that it can sometimes kill lions.

Zebras are black with white stripes

Many people (and scientists long ago) believe that zebras are white with black stripes. This is an honest misconception because by looking at the white belly, zebras appear to have black stripes. After all, a smaller number of the surface areas of zebras are grown with black fur.

The skin underneath the fur is actually black, but note that zebras have both black and white fur. So how did scientists figure out that zebras are actually black with white stripes? They identified the pigment-protein in zebra embryos that produce black fur, which is at 100% in the earlier stages of gestation. But in the later stages, most of the pigment-protein deactivates, producing white fur. 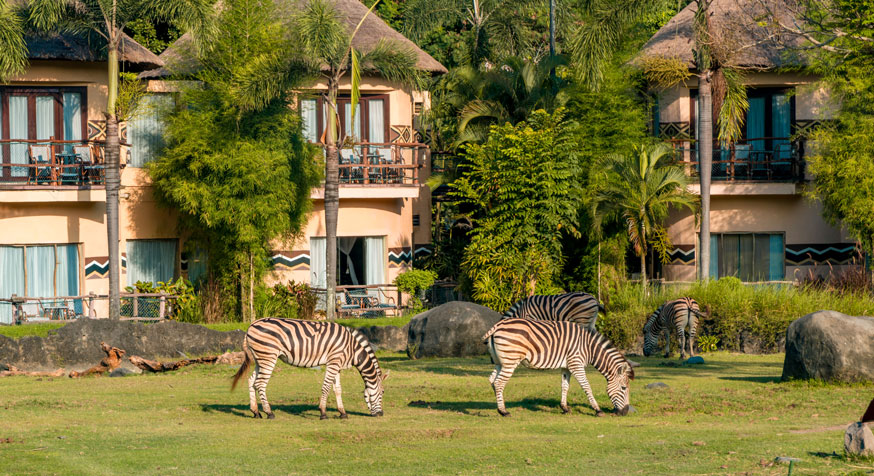 Watch zebras grazing in the morning from your balcony

At Mara River Safari Lodge, we bring you the full experience of living in the savannah. All our lodges face directly at wide open plains, where African herbivores like zebras, giraffes, and rhinoceroses come together to graze peacefully beyond the winding Mara River. If you want to spend the evenings and mornings with our fascinating wildlife, visit our official homepage to learn more about what we offer.