Home » 5 Facts You Might Not Know About Rhinos
Published on November 1, 2019 | Animals, Nature, Travel

The rhinoceros is one of the Big Five of Africa. We’re sure you’re very familiar with rhinos. They are huge herbivores with one or two sharp horns on their heads and thick grey skin. We love these animals because even though they look aggressive and dangerous, they have an interesting side, and we get to learn more and more about them. We are sad they’re endangered because they’re being hunted in the wild. So, in honor of all the rhinoceroses in the world, we list 5 facts you might not know about rhinos. 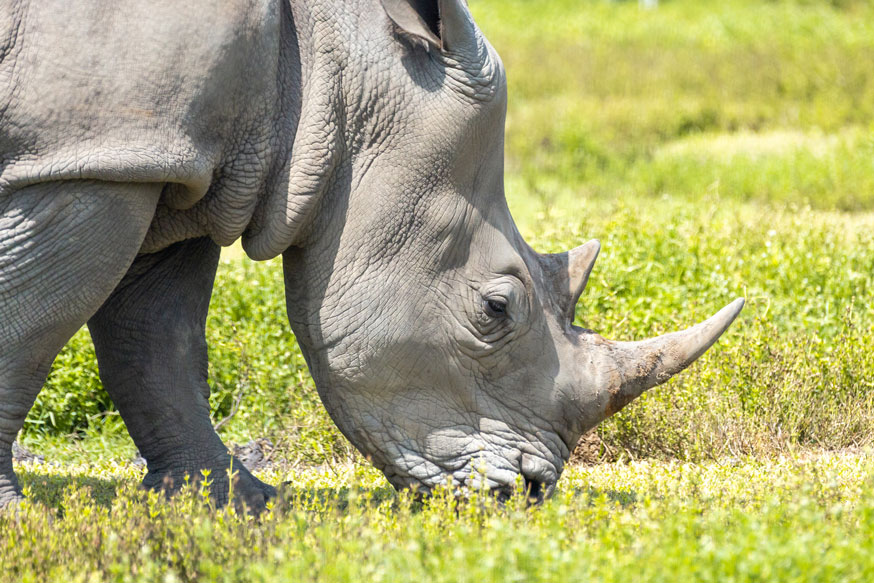 A group of rhinos is called a crash

Lions come in pride; elephants come in herds. But what happens when a group of rhinos comes crashing down together to the watering hole? You get a crash of rhinos. We don’t know for sure why they are called a crash of rhinos, but hey — it sounds about right.

The little oxpecker is the rhino’s guardian bird

An oxpecker is a bird that likes to perch on top of great herbivores like buffalos, wildebeest, and you guessed it — rhinos. These little birds feed on mites and ticks that become a nuisance to the rhinos. But studies have found another benefit for rhinos to having a feathered friend – it’s much easier for rhinos to detect threats, especially hunters when a few oxpeckers are perched on their backs. After all, in the Swahili language, an oxpecker is referred to as “a rhino’s guardian”.

Rhinos communicate with their dung

Each rhino’s pile of dung is a complex aroma that contains information about the “dumpee” — the rhino’s sex, age, reproductive status, and general health conditions. Another interesting fact is that rhinos often defecate (make a poo) in the same general place, making one area a “public toilet” for the rhinos

Rhinos enjoy bathing in the mud. A rhino’s skin might be tough, but it can be irritated by bugs and intense sunlight. When the weather gets hot, rhinos wallow in the mud or shallow waters to cool down — sort of like having a cold spa. The mud acts as a protective layer to expel insects and avoid sunburn.

Every year, on 22 September, zoos and other organizations committed to protecting these marvelous animals, celebrate World Rhino Day in honor of every rhinoceros in the world. You can learn more about the event at this fun website: worldrhinoday.org.

Rhinoceroses are being hunted to extinction. Currently, there’s just 26,000 of them left in the world. That’s one-fifth of the population of elephants, and they are also endangered. Governments are making a great effort to ensure that our future children can not only learn about them but also see them up close, living and breathing. To see these magnificent and rare animals, visit the Bali Safari Park and go on a Jungle Hopper or 4X4 Tour. Want to spend even more time with them? Stay over at Mara River Safari Lodge and spot them from your very own balcony!