You know the elephant as the largest, most lovable land mammal that ever walked the plains of Africa. But how much do you know about them? Here are 5 awesome facts about the Elephantidae, the modern elephant family. 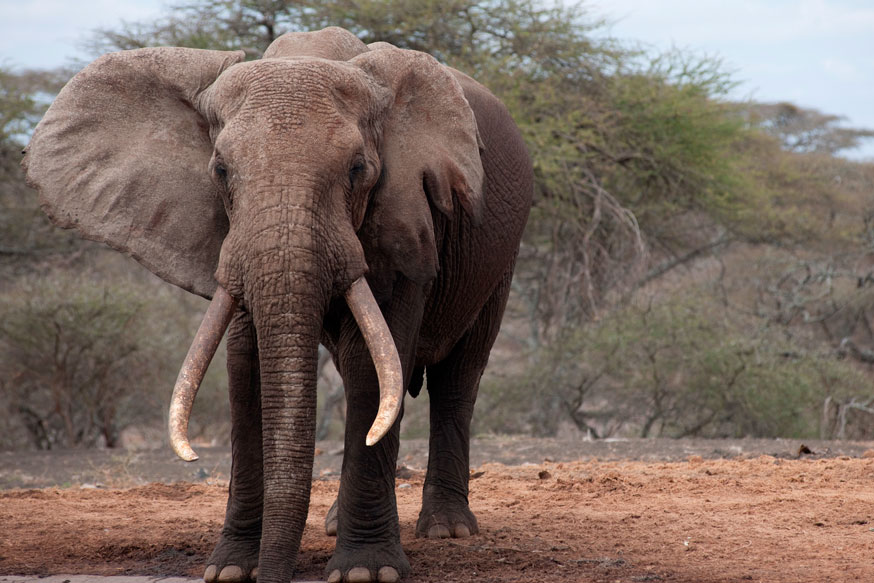 How can you tell whether an elephant is an Asian elephant or an African elephant? Both species share the same features: large ears, long trunks, two tusks, a heavy body, and padded feet.

2. Elephants have self-awareness and empathy

Both species of elephants display high cognition. In so-called mirror tests, done in many zoos around the world, elephants indicated that they recognize the reflection on the mirror not as another elephant, but instead as themselves!

In other words, like humans, dolphins, and dogs, they have self-awareness. In addition, elephants are very empathetic and can read emotions in other elephants – as well as in humans!

To comfort an upset herd-member, elephants like to put their trunks near or into the mouth of the other. This is reassuring to the elephants. This high-level social skill is important for the survival of the herd.

3. Elephants can be aggressive

When male elephants (also known as bulls) are ready to mate, they enter a phase called ‘musth’. When bulls experience a period of musth, they have a heightened testosterone level, up to 60 times the normal level. This makes them more prone to be violent against other males, in an attempt to dominate their territory and the females in it. Bulls on musth carry their heads and ears higher than usual and produce a distinctive rumbling sound. 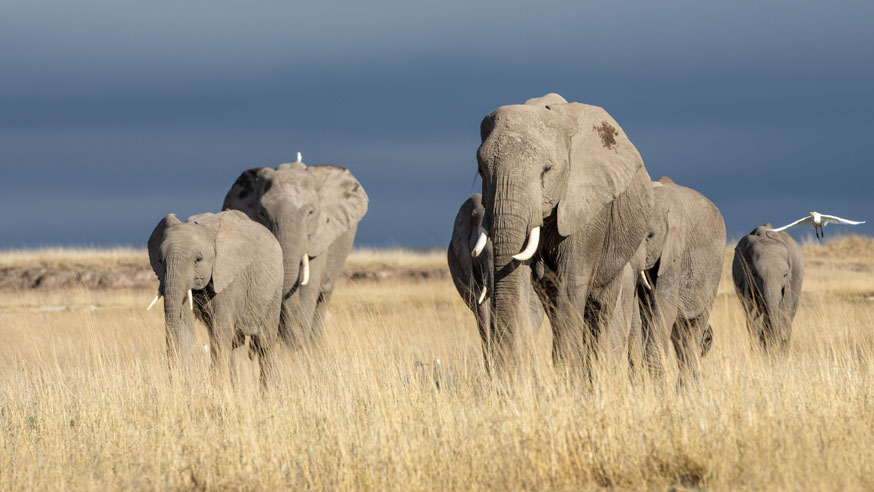 4. Elephants have a birthing ritual

After a 22 month gestation period (longer than any other known mammals), a female elephant gives birth to a 110 kg baby elephant (also known as a calf). Like humans, elephants only carry one calf at a time during gestation. Twin births only occur in 1-2% of the time.

Also, when an elephant is about to give birth, the other elephants in the same herd group together and form a circle around her in order to protect her while she is at her most vulnerable.

5. Elephants can be left or right-tusked

Humans can be left- or right-handed, but a preference over one side of an animal’s body is more prevalent in nature. For example, dogs and whales have a preference over which front paw or fin they use more often. Similarly, with elephants, they have a preferred tusk for which to perform tasks, such as stripping bark from trees and knocking the dirt off the grass before eating (this is seen by how “overused” one tusk is compared to another).

Due to poaching, elephants are now born with smaller tusks or even no tusks at all! This is because poachers target elephants that have long tusks. Consequently, those with longer tusks are being hunted down, and are unable to reproduce and have babies with long tusks. There are many efforts to stop poaching. To learn more about elephant conservation, visit Bali Safari Park. The safari park also offers in-house accommodation, called the Mara River Safari Lodge.